The Lord says this:

For the three crimes, the four crimes, of Israel I have made my decree and will not relent:
because they have sold the virtuous man for silver
and the poor man for a pair of sandals, because they trample on the heads of ordinary people
and push the poor out of their path,
because father and son have both resorted to the same girl, profaning my holy name,
because they stretch themselves out by the side of every altar on clothes acquired as pledges,
and drink the wine of the people they have fined in the house of their god. 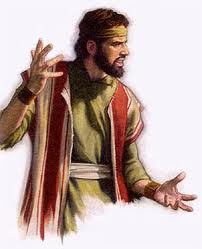 Yet it was I who overthrew the Amorites when they attacked,
men tall as cedars and strong as oaks, I who destroyed them,
both fruit above ground and root below.
It was I who brought you out of the land of Egypt
and for forty years led you through the wilderness
to take possession of the Amorite’s country.

See then how I am going to crush you into the ground
as the threshing-sledge crushes when clogged by straw;
flight will not save even the swift, the strong man will find his strength useless,
the mighty man will be powerless to save himself.
The bowman will not stand his ground, the fast runner will not escape,
the horseman will not save himself, the bravest warriors will run away naked that day.
It is the Lord who speaks.

2. ‘You who see a thief and go with him;
who throw in your lot with adulterers,
who unbridle your mouth for evil
and whose tongue is plotting crime.                  Response

4. ‘Mark this, you who never think of God,
lest I seize you and you cannot escape;
a sacrifice of thanksgiving honours me
and I will show God’s salvation to the upright. Response

Gospel  Acclamation         Jn 8: 12
Alleluia, Alleluia!
I am the light of the world, says the Lord, anyone who follows me will have the light of life .
Alleluia!

When Jesus saw the great crowds all about him he gave orders to leave for the other side. 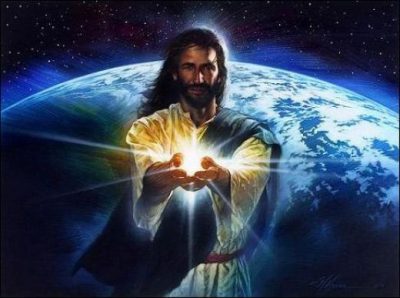 One of the scribes then came up and said to him,
‘Master, I will follow you wherever you go.’
Jesus replied,
‘Foxes have holes and the birds of the air have nests, but the Son of Man has nowhere to lay his head.’

Another man, one of his disciples, said to him,
‘Sir, let me go and bury my father first.’
But Jesus replied,
‘Follow me, and leave the dead to bury their dead.’

The Gospel of the Lord.

The words of Jesus to the two men who wanted to become his followers must have sounded very challenging to them. We are not told how the two would-be followers of Jesus reacted. Did they have a change of mind and heart when they heard what Jesus said to them? Jesus was highlighting two qualities of being a follower of his that remain valid for all time. To the first man, Jesus says that he will be following someone who has nowhere to lay his head. Jesus will always be on the move; becoming his follower is not a settled way of life. Even though we are all settled to some degree, being the Lord’s disciples never leaves us completely settled.

The Lord is always calling us beyond where we are. He is always prompting us to take some new step in our relationship with him, to deepen our allegiance to him, to grow in our readiness to go where he leads us. What Jesus says to the second man can seem especially harsh to our ears. However, we have to imagine a situation where the man’s father has not actually died, but is very elderly. The would-be disciple wants to wait until his father dies and bury him before following Jesus. In response, Jesus says, in effect, ‘Now is the time to follow me, not at some indefinite future date.’ We can all be tempted to put off following the Lord until sometime in the future. We may be aware that the Lord is calling us to something worthwhile, but we keep putting off our response to that call. Jesus’ words remind us that there is an urgency about his call. Today, now, the present moment, is always the ideal time to respond to his call. The two responses of Jesus in today’s gospel reading suggest that he doesn’t want us to become too settled in our following of him, or to keep postponing our response to his call indefinitely.
________________________________

The Scripture Readings are taken from The Jerusalem Bible, published by Darton, Longman and Todd Ltd and used with the permission of the publishers.  http://dltbooks.com/
The Gospel Reflection is available with our thanks from Reflections on the Weekday Readings 2021-2022: My Words Will Not Pass Away by Martin Hogan and published by Messenger Publications  c/f www.messenger.ie/bookstore