Saint of the Day

Summary of St Cyril of Alexandria, Bishop, Doctor of the Church. Born at Alexandria (Egypt) about 370; died there on this day in 444. An able theologian and bishop of his native city, but somewhat confrontational in attacking non-Christians and heretics. 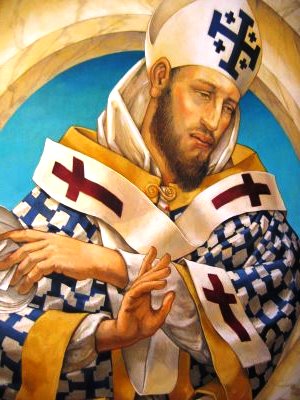 Cyril was born near Alexandria in Egypt. His mother’s brother Theophilus had become the patriarch of Alexandria. Cyril was well-educated and when his uncle died in 412 he succeeded him as patriarch. Cyril was vigourous in his attacks on Neoplatonism, he put pressure on the civil authorities to expel Jews and closed down churches and seized the sacred vessels of Novatianist schismatics. This led to tensions and violence in the city streets that resulted the murder of a Neoplatonist woman philosopher named Hypatia and a serious quarrel with the city prefect.

Confronting Nestorius
The power of Cyril’s personality again came into play when the new patriarch of Constantinople Nestorius (428) began preaching against applying the title theotokos (= “bearer of God”) in reference to Mary. Nestorius said it compromised Jesus humanity, insisting that Christotokos (“bearer of Christ”) was more appropriate.  Cyril’s response was that Nestorius was actually denying the reality of the Incarnation, making Jesus Christ into two different persons, one human and one divine, in one body. He referred the matter to Pope Celestine I who charged him with seeing that Nestorius retracted.

The Emperor Theodosius II convened a council at Ephesus (431), a centre of Marian devotion where theotokos was popular. Two diametrically opposed points of view were at play here: the Antiochian catechetical school from which Nestorius came, emphasised a literal approach to Scripture and the human nature of Jesus, while the Alexandrian school, from which Cyril came, took an allegorical approach to Scripture and emphasised the divine nature.

Cyril presided at the Council of Ephesus in 431, and defended orthodox Christianity against Nestorius. The council approved the title Theotokos for Mary, thereby affirming Mary’s motherhood of God. Noted for his ardent defence of orthodoxy, even at the cost of provoking condemnation and schism.

Impulsive and intelligent, Cyril was energetic in defending what he saw was true doctrine, especially insisting on the validity of the title of Mary as Theotokos, mother of God, and on the full divinity of Jesus.

Theotokos triumphant
The Emperor favoured the Nestorian view, while the Pope favoured Cyril’s view. Cyril led the way at the Council, and before John of Antioch and his bishops arrived he had condemned Nestorius, who refused to plead before the council. John and his bishops attacked Cyril. The eventual outcome was that Nestorius was condemned as a heretic and deposed, even though there was a considerable minority that did not consent to the condemnation. 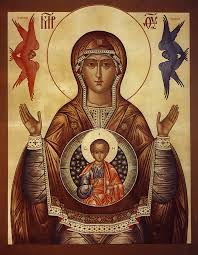 Jesus fully God and fully human
The Theotokos doctrine triumphed and the theme became central to Byzantine identity especially in the 6th century through the Akathistos (= “no sitting”) Hymn in praise of Mary Mother of God. It was sung in the Temple of Santa Sophia when after a victory in war all the people gathered and stood singing. About Jesus the Council decreed that decreed that Jesus was one person, not two separate people: completely God and completely man, with a rational soul and body.

Legacy of bitterness and division
But there was a legacy of bitterness and not all the problems of christology were solved. Cyril felt the end justified the means and on balance his formula seems to have been proved right. But he made little effort to achieve a real meeting of minds. The bishops who supported Nestorius were subsequently removed from their sees. And it took four years before the emperor Theodosius could bring himself to banish Nestorius to a monastery in Egypt. A separate Nestorian Church broke off at that time and still exists today in Iran, Iraq and Malabar, India.

Monophysitism
John of Antioch eventually accepted the condemnation of Nestorius and was reconciled with Cyril. But there then appeared an over-emphasis on the divine nature (Monophysitism) which was not resolved until the Council of Chalcedon twenty years later (451).

Death and doctorate
Cyril certainly had a clear grasp of the issues and continued to defend what he saw was the truth with energy and conviction. But he was impulsive, intransigent and somewhat triumphalist in his approach. He died in 444. Pope Leo XIII declared him a doctor of the church in 1883. 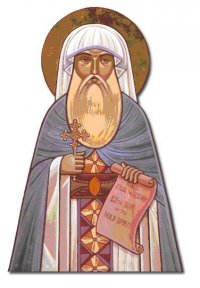 Cyril of Alexandria was a man who loved the truth and did not suffer fools gladly. At a time when the very nature of Christ was being disputed and the future of the Church was at stake, Cyril defended vigorously the faith he felt he had received from previous generations.

In those early centuries after the great events of the Lord’s life and resurrection, Christians lived their faith in the risen Christ under constant threat from the Roman empire and its allies. There were controversies of faith but the main threat came from without.

When things settled and the edict of Milan (AD 312) under Constantine gave the Church a measure of peace and stability, the attacks then came from within. The dust had hardly settled on the Church’s peace when a priest, Arius, questioned the nature of Christ. The great council of Nicea (325) began the orthodox response to him, but right through the 4th century orthodoxy was constantly challenged. Even Athanasius, who was exiled from his bishopric five times during the century, was heard to cry, ‘The whole world has become Arian.’

The issue of the nature of Christ had still not been resolved fully when Cyril was born in AD 376. He came from a clerical family, his uncle having been patriarch of Alexandria, and Cyril was to succeed him in 412. Athanasius had been the bishop or patriarch of the city for most of the previous century.

There were black marks against Cyril in those early years of his episcopacy. He expelled all the Jews from the city after a night of terror when some Christians had been killed. He had pillaged and closed the churches of the Novatian sect. However the key issue for which the Church honours Cyril is his defence of the nature of Christ. Cyril himself had used, though not invented, a word theotokos in his earlier writings, which he felt accurately conveyed the truth of Christ’s nature. The word could be translated as ‘Mother of God’, but the patriarch of Constantinople, one of the other great sees of the Eastern Church, had disagreed.

Nestorius believed that there were two separate persons in Christ; he held that Mary was the mother of the human person but not of the divine person. The Catholic teaching is that while in Christ there are two natures – divine and human – there is in Him only one person: a divine person, the second person of the Blessed Trinity. 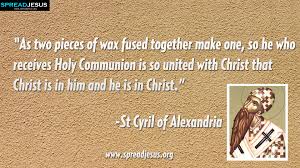 Mary gave birth according to the flesh to a divine person and therefore, she is the mother of God, though obviously she is not the mother of the divinity of God as God. Cyril naturally defended the orthodox teaching and urged Nestorius in a letter to recant.

With the two most powerful bishops in the Eastern Church opposing each other, the Emperor Theodosius II called a council in AD 431 which met at Ephesus, then a flourishing seaport. The bishops met in the cathedral, the first in the world to be named St. Mary after the Blessed Virgin.

It is a pity that Cyril and Nestorius had not met earlier and discussed their differences in a more conciliatory way, but the impetuous Cyril even began proceedings without the arrival of the papal delegates. Nevertheless the council quickly condemned Nestorius.

The term Theotokos was upheld and the people of Ephesus celebrated by a tumultuous torchlight procession accompanying the bishops from the cathedral to their various residences throughout the town. To the people it meant a victory for Christ and for his mother. 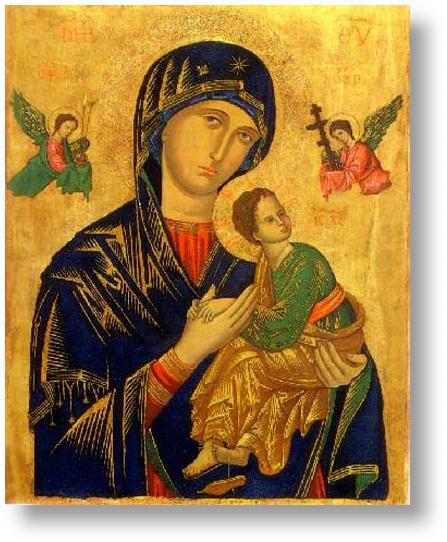 Cyril’s sermon at one of the Masses of the council had no doubt been influential in affecting the outcome of events. In bestowing on Mary this title of Theotokos he fully realized the importance for the faithful and the Church in succeeding generations as a whole.

Here is an extract: ‘We salute you, Mary, for in your holy womb was confined him who is beyond all limitation. Because of you the Holy Trinity is glorified and adored; the cross is called precious and is venerated throughout the world; the heavens exult; the angels and the archangels make merry; the demons are put to flight; the devil is thrust down from heaven; the fallen race of man is taken up on high; believers receive holy baptism; the oil of gladness is poured out; the Church is established throughout the world.

‘Who can put Mary’s high honour into words? She is both mother and virgin. I am overwhelmed by the wonder of this miracle. Of course, no one could be prevented from living in the house he had built himself, yet who would invite mockery by asking his own servant to become his mother? To Him be glory for ever and ever. Amen.’

Cyril continued to guide the Church in Alexandria for another thirteen years and died in the year 444 with a prayer to Mary on his lips. His feast day in the West is kept on 27 June.

This article first appeared in The Messenger (June 2008), a publication of the Irish Jesuits.

Our Archive of Saints